Posted by Paddick For Mayor on 13 Feb 2020 in Uncategorized

On a visit to Ealing today, Liberal Democrat Mayoral candidate Brian Paddick was shocked to find the Metropolitan Police had only appointed loss adjusters, to assess riot damages claims, within the past six weeks. 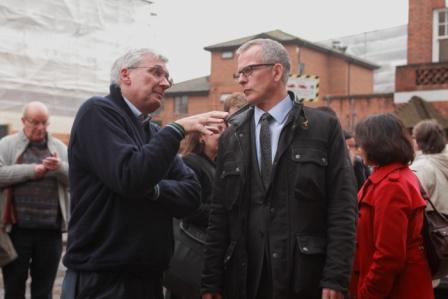 Talking to local business owners and one local resident forced to flee her home as rioters set fire to her flat, Brian Paddick was appalled to find shop owners living off charity handouts because of the police failure to pay compensation.

“Local people couldn’t even get through to the police on the night of the riots. The police told the fire brigade not to go in, and as a result local residents stood by and watched their homes and livelihoods go up in smoke. A local man tragically lost his life.

“The police are now adding insult to injury by dragging their heels over compensation. The Mayor is failing Londoners by not holding the police to account.

“As Mayor and police and crime commissioner for London I will make sure the police never let Londoners down in this way again.”