Posted by Paddick For Mayor on 20 Feb 2020 in Uncategorized 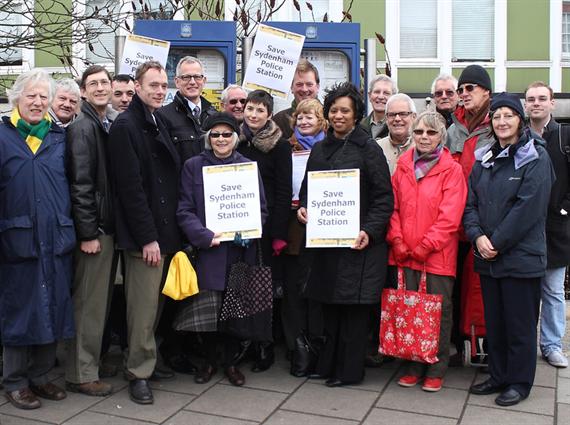 Doubts have been raised about the future of Sydenham Police station on Dartmouth Road as local Police stations are reviewed as part of a pan London review of Police station provision. The station is only open part time but is home to the Forest Hill, Sydenham and Perry Vale Safer Neighbourhood Teams (SNT) and the Rapid Response Team.

It has been suggested that the Metropolitan Police want to sell off the building to raise much needed cash and the 3 Safer Neighbourhood Policing Teams may be based far away at Catford Police station. Presently the Metropolitan Police will neither confirm nor deny the rumours and will only say that there is a review of Police stations happening across London that will look at counter provision across Lewisham.

Brian Paddick said: “I fully support the Sydenham Society and local residents in their campaign to keep this local Police station open. It’s common sense that Local Police teams should be based locally to be effective. Basing local police teams miles away, on the other side of Lewisham, will undermine local policing and the trust that has been built up with the local community over the years. Closing this police station would also be a gift to local criminals.”

John Russell commented: “It is essential that our local Police teams have a local base. If this Police station is sold off a new local base must be provided. The Police need to be more open and honest with local residents and less secretive about the property review.

“With crime rates rising across Lewisham and an average of  two knife crimes a day in Lewisham and a shocking total of 578 knife crime incidents in the last 10 months now is not the time to undermine the important local Policing work that is being done.

“I will do all that I can as a candidate to support local residents in their campaign against this closure.”

“Sydenham Police station is an essential assent in the fight against crime as it is the base for all 3 local Safer Neighbourhood Teams (SNT). Our local SNT teams have already had their cars taken away. We now face the ludicrous prospect of our local Police spending most of their working day travelling to and from work on local buses. We urge all residents to support our petition which is available both on line and at local cafes and shops.”