Posted by Paddick For Mayor on 3 Apr 2020 in Uncategorized

This is the first election where the Mayor also has the role of Police and Crime Commissioner and with 30 years’ experience in the Metropolitan Police Brian Paddick is uniquely qualified for the job.

The policies, which form the bedrock of the full London Liberal Democrat manifesto to be launched next week, include: 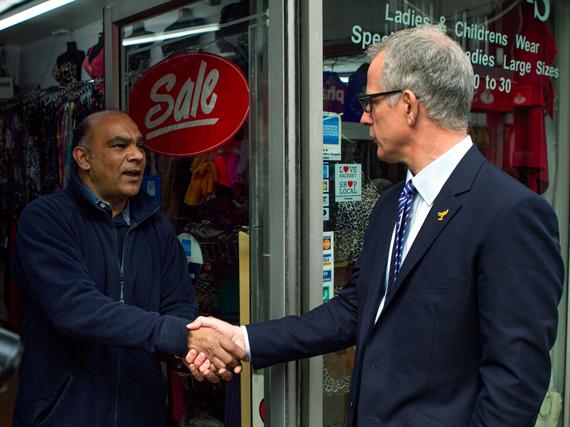 “Last summer we had the worst riots in our streets for a generation. Robbery and burglary are on the increase. Too many people feel unsafe and too many do not believe the police are on their side.

“We need a Mayor who knows how the police work and how to keep Londoners safe.

“As a former senior police officer, I know the best way to cut crime and restore trust in the police is to get people and officers working together. That’s exactly what I will do as Mayor.

“We can’t afford to make the same mistakes over and over again. As Mayor, above all else, I will keep Londoners safe.”