Brian Paddick calls for fundamental changes to policing in London

Posted by Paddick For Mayor on 6 Feb 2020 in Crime

London Liberal Democrat Mayoral candidate and Former Met Deputy Assistant Commissioner Brian Paddick told Radio 4’s World This Weekend that “fundamental changes” needed to be made to the system of policing in the capital in order for people to continue to respect officers. 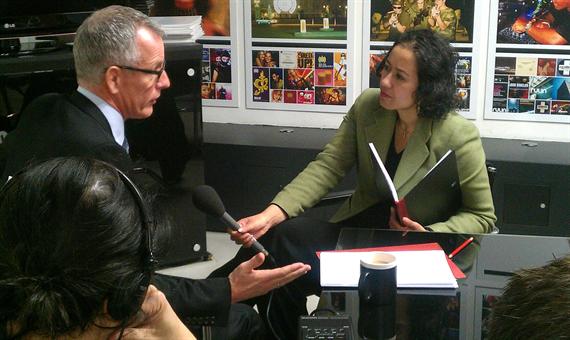 Speaking to presenter Samira Ahmed on Saturday 5th February, he said: “Increasingly, people are telling me that when they phone the police either they don’t show up or they turn up hours later and more people in the capital are not going to comply with what the police say if this continues to happen.

“We’re going to get to a stage where the public no longer calls the police because they don’t think they can do anything about their problems. We have seen well publicised cases where Police have failed to deal with anti-social behaviour which has led to far more serious offences, and even deaths. Politicians have been going down the wrong track by taking police away from operational policing and putting them into special squads.”

Brian went on to criticise the use of police stop and search powers, particularly in relation to their disproportionate use against members of the black community revealing. Statistics show that you are seven times more likely to be stopped and searched by the police if you are black than if you are white; and, under the controversial use of section 60 – where the police search people for weapons – you are 30 times more likely to be stopped if you are black. Only two in every 100 searches comes up with something that the person should not have on them.

Brian added: “This is wasting police time and doing enormous damage to the reputation of the police in the eyes of the black community. I think that we are headed down a track where ordinary policing and day policing will have to be done in the same way that the police used to deal with the riots. That is, police using force rather than operating with consent and the police having to be there in weight of numbers rather than being able to rely upon the support and co-operation of the public.”

Brian also said that he believed another riot was a very real danger: “Whenever you have a trigger incident –such as a death in police custody – you have the very real danger of a riot happening on each and every occasion.

“The police are wrongly equating ‘black-ness’ with criminality, in too many cases.”